Today I went on my first ever Flickr meet organised by the WelshFlickrCymru group. It was a smaller than usual meet, partly due to people having other commitments and also due to the weather, but everyone was very friendly and I had a great time.

We met outside the lifeboat station, where it was revealed that the other Helen was one of the lifeboat crew! We had a cuppa in the crew's office before setting off into the howling gale to take photos.

After a very nice cheese and ham toastie, we ventured to the harbour and took photos. Then we went onto the toll bridge and took more photos. Then, beaten back by the wind, we wandered around the harbour area again before returning for another cuppa at the lifeboat station.

Then we got to look all over the lifeboat. :)

I haven't managed to tweak the pick of my photos yet, but here's a couple to give you an idea of the weather. 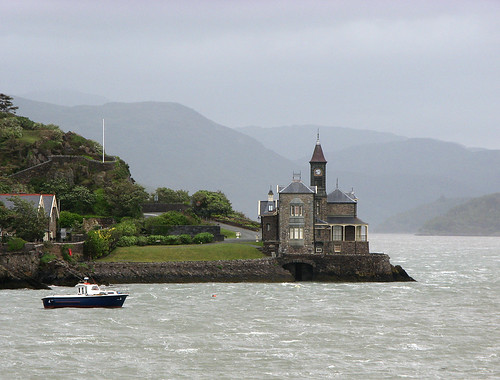 
Point reached on journey: I'm now just half a mile away from the Ford of Brúinen.

The two miles was clocked up pottering around Barmouth taking photos with the WelshFlickrCymru group.
Collapse