As I said in my last post, I would have loved to join in the discussions face-to-face, but it was not to be. However, I was really glad that Sue (no longer on LJ) suggested participating from a distance. It wasn't as good as being there, obviously, but it was the next best thing.

One thing I enjoyed was reading and critting some SF stories after all the literary fiction I tend to get on the OU courses. It has also given me a variety of views on the two stories I submitted, which is very useful.

One problem with the OU assignments is that they have to be written to a very tight word count. For example, the short story I sent to mini-Milford about seeing fairies had to be 1500 words, plus or minus 5%, which means a leeway of only 75 words either way. I've had to abandon a story before now and quickly substitute another because it as I wrote the first draft it became apparent that it wouldn't come in under the word limit. But now the stories have done their bit to earn me marks, I can perhaps add a little more or even trim a bit, if that would suit the story better. The comments I've received have given me a few ideas about possible ways to make a few small improvements, so once I've just got over this next couple of frantic weeks, I'll set about doing some gentle tweaking and start looking for publications that might be appropriate.

Yes, that's something else the mini-Milford has done, namely restore my interest in submitting some short stories to magazines etc. I haven't really submitted anything anywhere since the last novel failed to arouse anyone's interest, and that was a few years ago now. But I do have a small collection of completed and polished stories and a few more ideas in my notebook, not to mention the brand new novel that has been put on hold through January, but which I will get moving again next month.

So if I'm going to start submitting, I think I need a brand new submissions tracking database. The one I created years ago is full of old stories that have been out multiple times and unfinished novels that aren't ready to go anywhere yet. I think that rather than try to update that one, a new year requires a fresh start. Forget all the old, failed projects and start again with new stories and a spiffy new database to keep track of them.

You know, this is probably about right. I don't normally read best sellers.

Your result for The Improved Book Character-Savvy Test...

You could be my favourite type of person. I see you're not blinded by Best-Sellers. However, you should remember that many of your favourite Classics, Fantasy and Science Fiction friends did turn into Best-Sellers. Don't look down on them.

PS This is my first opportunity to try out my new Sheep icon for memes. :) 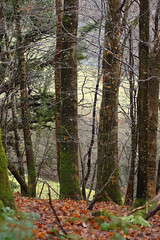 I've been taking photos but I've been too busy critting stories to process them. Today I managed to catch up.

The snow has finally gone and the rain finally stopped so I managed to get out for a walk. 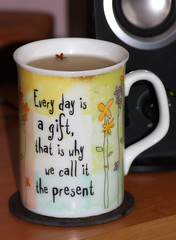 Yesterday I spent the whole day working at the computer and drinking numerous cups of tea. This particular one was green tea. 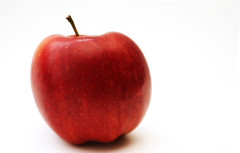 Another in what could become an ongoing fruit series...
Collapse