A hi-tech way of living in a small space.

I suspect that if we lived in a place like that, it would get stuck in one configuration because we'd just get too tired of moving the stuff around in order to do the slidey thing with the dividers! :)

Also, though it might seem small to Americans, for the first 10 years we were in this house, there were four of us sharing a semi-detached house of 662 square feet, which is a mere 165 square feet per person rather than 300. In fact I can't see it working with more than one inhabitant because you'd probably argue about which room you wanted it to be at any one time! 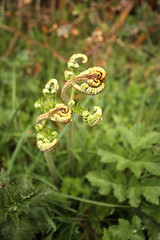 After the very dry start to April, the recent showers have got all the plant life moving.

Today was dreary with intermittant rain. Mostly it just spotted, so walking was quite pleasant with the smell of new growth and damp soil. I didn't take many pictures, and mostly they were dreary, but I thought this was the best of the bunch. 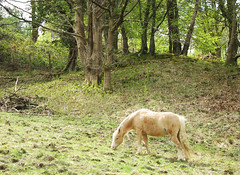 Snapped on the way back from the Quaker meeting this morning.

Another experiment with a texture, courtesy of SkeletalMess.
Collapse