[This was originally written on 26 July, but I've only just been able to post it now.]

I couldn't get into LJ yesterday and today it's obvious that some people can access it and post, but all I get are tantalising glimpses before I'm thrown out again. Clicking on a link to make a comment or read behind a cut tag usually just gives me a "Cannot display that page" message. I even tried accessing it with Firefox instead of my usual Internet Explorer, in case the browser made a difference. It didn't. :(

It's not actually that I have anything very exciting to post about, but I like to relax and browse through what my friends have to say AND I'M GETTING WITHDRAWAL SYMPTOMS! DO YOU HEAR! I WANT IT BACK!

Sorry about that. Now where was I...?

Anyway, I suppose I ought to write up the London/Swanage trip in more detail, but I came back to a lot of busyness and I haven't had time to write anything coherent. I have attacked the back garden with the strimmer again, also, in addition to doing multiple batches of laundry and ironing, I bought 8 new plastic storage boxes to relieve the storage problem in the house. I've been resisting getting under-the-bed storage because when I did that last time, it seemed to encourage the dust to settle, but this house is small and there are only two built in cupboards, neither of them anything like a walk-in closet or even walk-in wardrobe in size.

We've reached the point in the decluttering where there isn't really any junk left, so homes need to be found for things that currently lie around homeless. At the moment, if all my clothes are clean, ironed and folded, there just isn't enough room in the wardrobe for them.

The one remaining repository of junk is the garage and I need to make serious inroads into that. I've made a start by putting the old Brabantia kitchen bin on there and immediately had a few takers, so that should be off my hands soon. The shelving and old office tables are next. I also need to make the trip to the council bulky rubbish/recycling centre that I've been trying to get around to for months in order to get rid of the old computer monitor and some rubbly rubbish that's been sitting in sacks in the garage since we had the bathroom re-done.

Anyway, the next-to-final stage of the BA Education degree occurred today when we took the printout of my dissertation up to the bindery in the university in Bangor to be bound in hard covers. It will then be deposited in the college library where probably no one will ever look at it again! :)

After leaving my dissertation (along with half a dozen others), we drove into Bangor itself and walked up by the golf course to look at a rock outcrop. It was a rather nondescript looking rock... 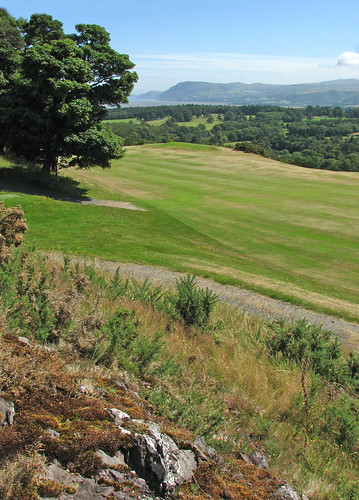 ....but it was Pre Cambrian and therefore of interest.

We drove the slightly longer but more scenic way home via Llanberis to avoid the congestion at Porthmadog. It was fortunate that we did because we heard on the car radio that the congestion was even worse that usual due to a lorry hitting some scaffolding that was round a shop front. The main road had to be closed for a while and the traffic was diverted! Anyway, we bought sandwiches from a garage and had a picnic in a lay-by. It was much more fun sitting there in the sun than being stuck in a traffic jam.

I've just logged on this morning to find that things seem to be working! I have archived the half dozen or so recent posts that I hadn't backed up and I've posted a post that has been sitting around in Semagic's queue for a few days.

I am cautiously optimistic that things might just be back to normal. :)

This week's theme: Music to my ears

Well, the sound of waves breaking gently on the beach is definitely music to my ears, even if the weather was rather grey and drizzly and very disappointing for the end of July. 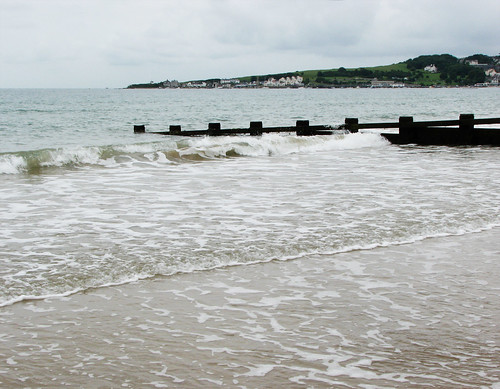 Of course the week the theme was green, I was in London! We did, however, do a day trip to Swanage and so this green engine on the green painted station with the green trees in the background will have to suffice. 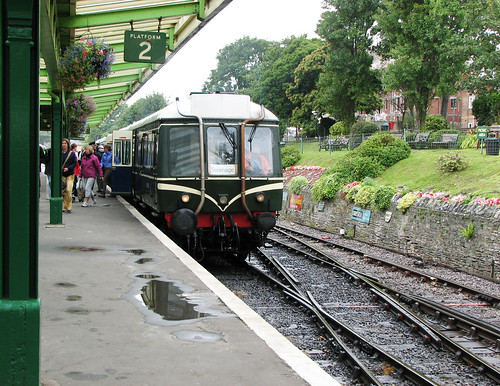 Via links posted on Google+

It seems that no one really knows who is behind the LiveJournal attacks, but it's thought that whoever it is, they're trying to totally shut down the service.

Well, I'm not going anywhere until LJ folds and every time I get driven away, I intend to come back for as long as there is something to come back to.

Meanwhile, after the experience of the past three or four days, I'm not sure that Dreamwidth makes all that good a bolt hole for when LJ is down. I find it difficult to believe that it was just coincidence that it was performing in a most snail-like manner while LJ was under attack and that now LJ is up and running again DW is back to normal speed. Even if DW wasn't directly attacked, with so many refugees from LJ attempting to backup their journals and crosspost to a non-responsive site, it's no wonder it was running slow.

Anyway, while DW makes the obvious second choice for blogging platform, I have also sussed out how to use my Blogger account and if/when the next attack on LJ occurs, I can also be found on Twitter (mhhall) and on G+ (Helen Hall)
Collapse