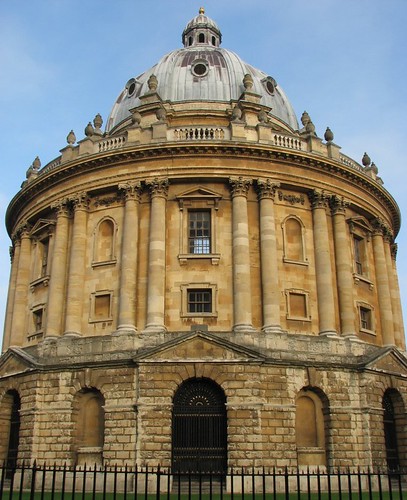 The Radcliffe Camera, Oxford, a photo by Helen in Wales on Flickr.

This week's theme was: Mostly one colour

The distinctive Radcliffe Camera building was completed in 1748 and soon known as 'the Physic Library'. Despite its name, its acquisitions were varied for the first sixty years, but from 1811 its intake was confined to works of a scientific nature.

After the Radcliffe Science Library moved into another building, the Radcliffe Camera became home to additional reading rooms of the Bodleian Library.

[Details now corrected after I had previously mis-identified it as something different.]

PS Apologies to my LJ friends who live in the Oxford area, but because I was visiting the city with G, I didn't really know what our plans were until the very last minute, so it wasn't possible to arrange any sort of meet up. 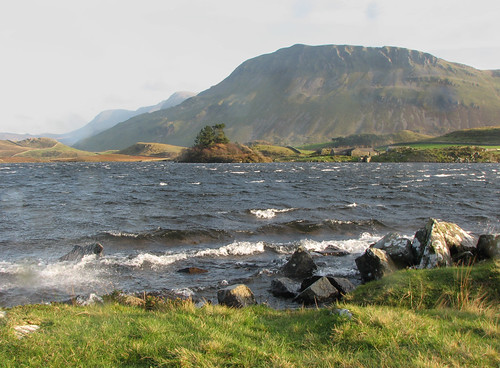 Cregennen Lake and Cadair Idris, a photo by Helen in Wales on Flickr.

This week's theme was: autumn leaves

As you can see, I didn't manage to take a photo for the topic this week, so this is my alternative offering.

We went up to the Cregennen Lakes on a geology field trip just over a week ago and I have never seen such big waves on the lake before! The water was being whipped up into spray and I had to touch up a couple of places where there had been water drops on the lens.

The wind was scary enough at this level, but there were people going up Cadair Idris (the mountain in the distance). They must have been mad!