I remember reading this when it was first posted, but a couple of LJ friends have picked up on it again and as I'm gearing up to start writing seriously again, it got me thinking...

The thought of regularly hitting 10,000 words a day is a bit boggling[*] and despite her protestations that quality doesn't suffer, I have serious doubts. Though having said that, she's probably just aiming for clear, almost invisible prose rather than anything more literary. Also she's writing for 4 hours at a time, whereas I usually do 1-1½ hours a day when I'm being productive, though even multiplying my usual daily word count by 4 only gives me 3000-4000 words per day. This fits with probably my best writing day ever being 5000 words written while travelling back from Worldcon in Glasgow.

However, that's not to say that I disagree with her suggestions. Her pre-planning is the way I've always written, so if you're not doing it at the moment, it's worth giving it a try. All my life I've had to fit writing around other things, so I want to spend my writing time writing rather than thinking up what happens next. But it's rather amusing to see the way I've worked for over 40 years suggested as some kind of wonderful new revelation. :)

I used to do the pre-planning purely in my head by day-dreaming scenes over and over until I got them as I wanted, then I'd write them down. I could do this while out walking from A to B, travelling on buses or trains or doing routine jobs like washing dishes. I was, basically, creating the novel in my head and then writing down the finished product. The danger with this kind of mental pre-planning is that you can get to a stage where the scene in your head is a vivid sensurround movie (with images, smells, sounds, sensations and dialogue) and hence when you finally come to write it down, the story on the page feels disappointing in comparison. Therefore, more recently, I devised some scene planning sheets, simple forms with boxes to remind me of everything I needed to know, such as: where the characters were; details of description; who exactly was present; what the weather was like; what had just happened and therefore what mood everyone was in at the start of the scene; what events/plot points had to happen; and what would change in the scene (mood/amount of knowledge/relationships) and so on. So now I try to write after I've got all I need to know but before the scene gets too "perfect" in my imagination.

The pre-planning method definitely fits with having a day job or other time-consuming commitments. Even in the busiest job you will have moments of down-time where you can scribble another idea into a notebook or onto a planning sheet as you relax for a moment and have a cup of coffee. This is just pre-planning, remember, so it's just ideas about what will go into the scene, not actual writing. Though having said that, if the perfect simile occurs or one of the characters utters a really good line of dialogue, it gets written down and incorporated later.

I've also found that some of the writing process seems to be unconscious, so I try to feed in various ideas and then leave my brain to get on with it. Next time I have a moment to sit and think consciously about the novel again, it's surprising what comes out.

When I do finally get to my next writing session, having all the notes helps me to get into the flow more quickly and prevents Blank Page syndrome where I just stare at the screen, not knowing where to start. It usually takes me about 15-20 minutes to really get going, then the next 40mins to 1 hour are the most productive. For me, having the notes on a printed form helps prevent the Already Written feeling that can occur if I try to make detailed notes in precis form. Though having said that, since doing the creative writing courses, that's not such as much of an issue as it used to be because I no longer consider a very spare narrative which consistes of stage directions, minimal description and dialogue to be a finished product.

To be honest, most writers don't need to write anything like 10K words a day. If you write a steady 400-1500 words a day, that's a novel a year. This is a perfectly respectable rate, especially for someone who's working or has other commitments such as childcare etc. Some people need/like to do a rolling re-write so that at each session, they go over what they wrote last time and tweak it, then carry on from where they left off. Though the daily word count may be less, because the completed draft will be much polished, they'll save time at the revision stage, so it's just swings and roundabouts. However, I suspect most writers would like to be more efficient, so as

green_knight says here, Rachel Aaron's actual point is to look at your own writing process, decide where your bottleneck is and then see if you can devise ways of using spare moments during the day to jot down plot ideas or maps of the journey or character descriptions or choreograph a fight scene or devise menus for the royal banquet etc. etc. so that your writing time can be spent actually writing.

[*]And I personally would never even attempt that much due to slight RSI issues that I want to remain slight and not become serious!

[Cross-posted from Dreamwidth by way of a backup http://heleninwales.dreamwidth.org/47152.html. If you want to leave a comment, please use whichever site you find most convenient. Comments so far: 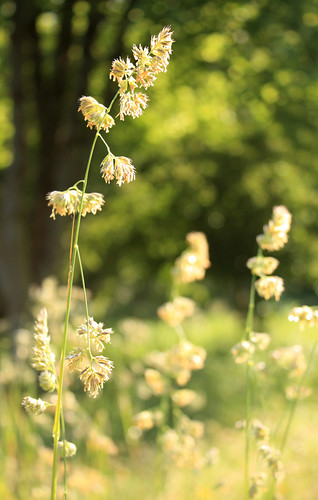 Morning light, a photo by Helen in Wales on Flickr.

This week's theme was: L is for Light

After days of rain and overcast skies, it was lovely to look out this morning and see actual real sunshine.

One of the people I follow on Google+ posted this...

Two Tardises (Tardii?) on a building in London.

[Cross-posted from Dreamwidth by way of a backup http://heleninwales.dreamwidth.org/47710.html. If you want to leave a comment, please use whichever site you find most convenient. Comments so far: