As there are a lot of photos for Day 8, I'll split them into several posts. Here, then, is the first place we visited on the guided tour, the Haedong Yonggung Buddhist Temple. Apparently most Buddhist temples in Korea are situated in the hills. This one is right on the coast. It's not all that old because it was destroyed and then rebuilt, but it was interesting to see a real Buddhist temple in a country where a large proportion of the population are Buddhist. According to our tour guide, 25% of Koreans are Buddhist, 30% are Christian and the remaining 45% are what she described as "heathen" following no belief or having a belief system based on ancient superstitions. They will visit a shaman for advice and guidance. 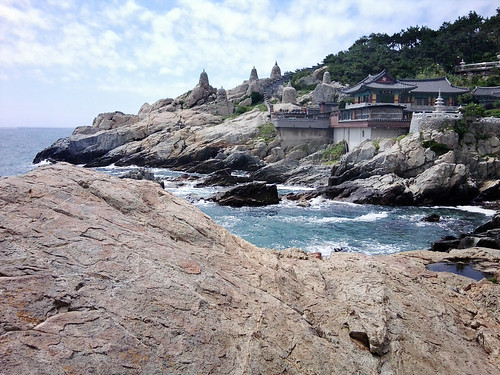 Apparently in Korea, to dream about a pig means that you are about to come into money. In fact it has become a saying. If someone does have an unexpected windfall, they say that they must have had a pig dream. Presumably these must be auspicious pigs. 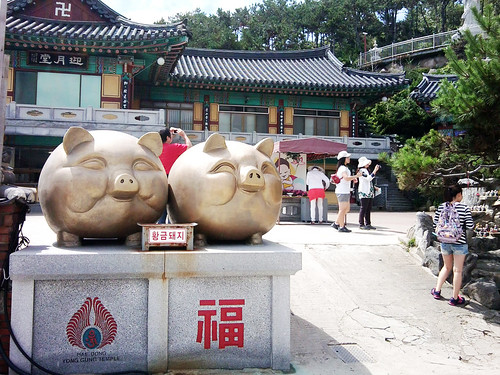 [Cross-posted from Dreamwidth by way of a backup http://heleninwales.dreamwidth.org/54428.html. If you want to leave a comment, please use whichever site you find most convenient. Comments so far: