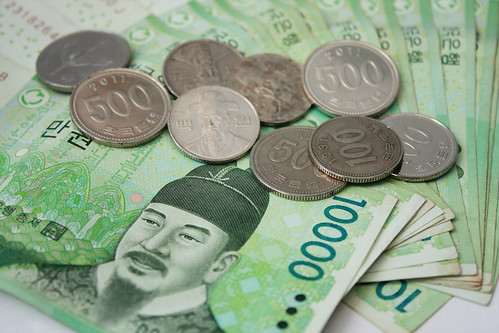 Money, money, money (by Abba), a photo by Helen in Wales on Flickr.

This week's theme: Image Based On A Song Or Book Title, Lyric, Quote, Idiom, Or Figure Of Speech

I'm sure you all know the song. The chorus goes:

After visiting the temple and having lunch, we were taken to Haeundae Beach. First we visited the aquarium, but I didn't even try to take photos in such dim lighting. However, after we had seen enough fish, G and I went for a walk along the beach and round part of the headland, which actually used to be an island, but it sort of silted up, apparently, and became a small peninsular.

This was the sort of development that was happening just inland. 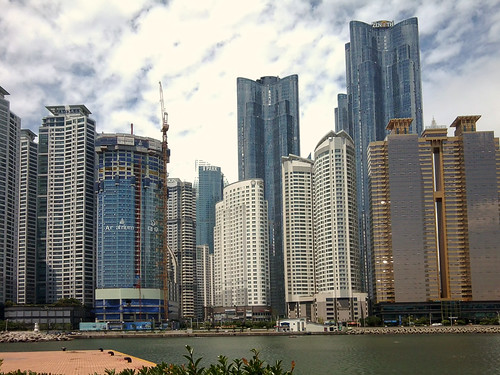 But if you look along the beach, it looks very attractive. The guide told us that it's not a natural beach though. The sand is brought in for each season. 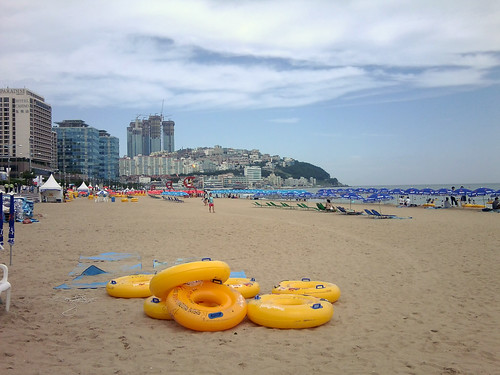 [Cross-posted from Dreamwidth by way of a backup http://heleninwales.dreamwidth.org/55129.html. If you want to leave a comment, please use whichever site you find most convenient. Comments so far: