As you can see from these photos, we were exceptionally blessed with the weather. In the midst of a very wet, stormy and dreary winter, we had two days of glorious blue skies and sunshine. It gave a much needed lift to my mood. It also meant that we managed to do lots of walking.

Our plan is to walk the whole of the Thames Path, in sections. This is the point where we left off our walk along the Thames Path last year, and so it was the starting point for this year's walk. ( Collapse )

This is the point where the Grand Union Canal joins the Thames. It was great to see these old boatyards were still in use. A couple of blokes were working on restoring a boat as we walked past. 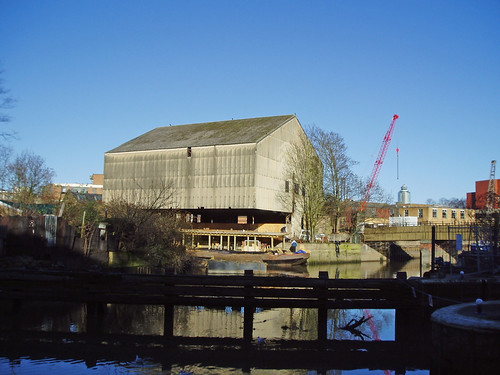 Shortly after, the path is then forced away from the river and instead runs through Syon Park. Eventually, after trekking through spacious parkland, we rejoined the river. Soon we passed Marble Hill House, originally built for Henrietta Howard, mistress of King George II when he was Prince of Wales. It's now owned by English Heritage. 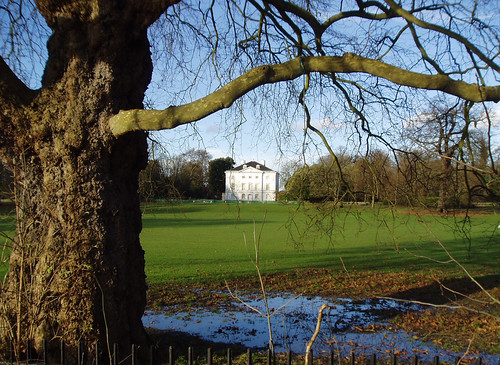 The final photo was taken shortly before we finished our walk for the day. Two girls were standing on the bridge to Eel Pie Island re-enacting a scene of Hitchcock's The Birds by throwing bread from the bridge. There was a lot of squealing (from the girls) and squawking (from the birds). The houses are on Eel Pie Island. 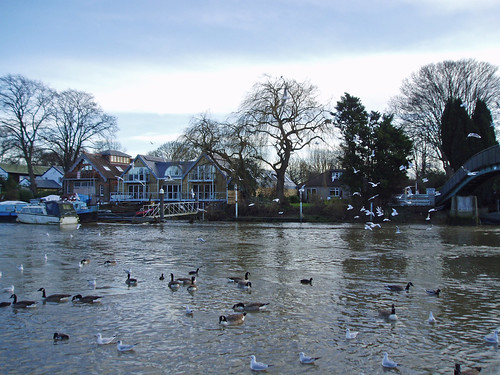 Shortly after this, we headed away from the river to get the train from Strawberry Hill back to Waterloo.

As I say each year, I don't do New Year Resolutions, however, I did set some personal challenges last January. When I decided on them, I realised that they may be subject to change, which is just as well because the two things that ate into my time and mental energy were completely unforeseen. The first was my 92-year-old Dad finally admitting that living alone just wasn't working any more and the second was getting a part-time teaching job at the local college.

In 2012, the physical and intellectual challenges showed the best completion rate. In 2013, however, after a good start, the physical challenges went to pot, mostly due to losing 1-2 days per week to visiting my Dad and organising his shopping and meals and then, following his move into residential care in August, having to travel up to Prestatyn to clear and clean his bungalow so it could be sold. I did, however, maintain the dog walking, though it has now dropped to just once a week, due to the teaching job.

The intellectual challenges went well. I completed the final OU course and hence achieved yet another degree. I went to the graduation in November in Birmingham, which was a nice day out and great to see all the younger people celebrating their success. I also completed a couple of basic TEFL certificates, which were to help me get online work teaching English. This has been put on hold due to getting the face-to-face teaching job, but may come in useful at a later date.

As for the creative challenges, I completed both 52 week photography challenges and also did a photo-a-day during April, June and September (though not November due to pressure of the new job). I didn't knit the 2 sweaters I had set as my target, but instead I did lots of crochet namely: 5 blankets, 2 skull scarves, 1 tiny blanket for toy Yoda, 1 pair of fingerless mittens, and a hat and infinity scarf finished just in time for the trip to London at Christmas. I also have some other projects partially completed and lots of plans for 2014.

Here is the mosaic showing all 52 photos taken for the T189 alphabet challenge. T189 refers to the course code of the OU's digital photography course, now sadly discontinued, that really made me up my game with regard to photography. A lot of the students use Flickr to keep in touch once the course finished. 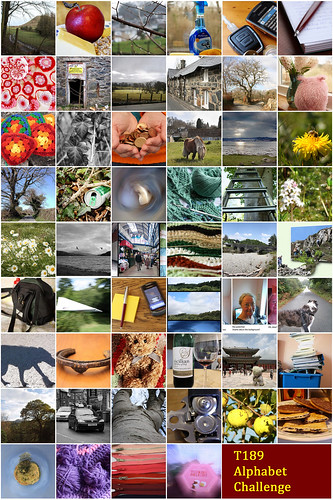 I've been in this group for 2011, 2012 and most of 2013. Things got too stressed for me to stick with the set topics during the summer, but I kept taking a photo every week and towards the end of the year, I picked up the themes again. However, I'm not signing up for this group next year. The first few times the subjects were an interesting challenge, but I'm going to do my own project next year and tie it more closely with the seasons and small things of interest, as the mood takes me.

But here is the mosaic for this project. 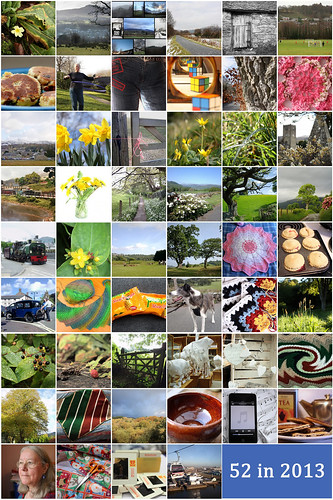