I have finished another project. This time it's a slouchy hat. To be honest, I would never have attempted the pattern based on the photos posted with the pattern, but someone on Ravelry had done it in a chunky tweed effect and added a flower. As I had some blue Marble Chunky to use up, I decided to copy what she did. 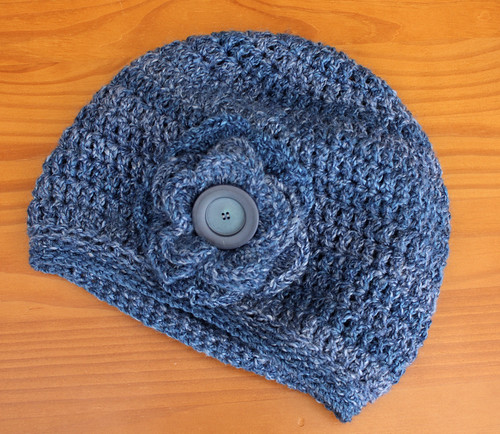 I didn't do as many increases or as many rows as the pattern says because of using different yarn and hook size, but I'm very pleased with the results. It actually looks good on me! If I sound surprised, it's because it's not easy to find hats that suit me. 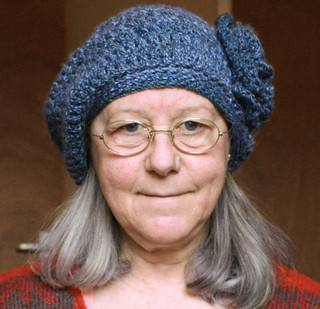 The pattern is available free here. The flower was from Crochetgeek, also on Ravelry and available here on the Crochet Geek blog.

I was planning on wearing the new hat for our visit to London later this week, but the weather (which has never dropped below freezing all winter) has just turned even warmer, so my poor hat may not get an outing until next winter. Though having said that, March can be very cold and windy, so we will see. :)
Collapse