This week's theme was: O is for Old 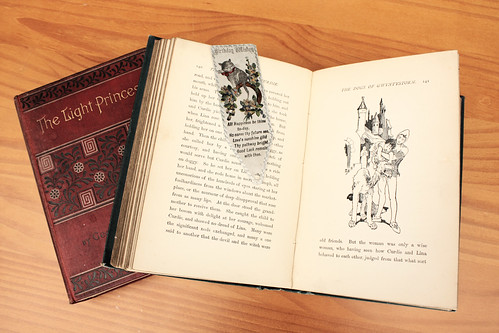 These two old books are 107 years old and are the oldest books I possess. They were presented to my grandmother and great aunt as prizes for regular attendance at school. They were passed on to me when I was a child and became my introduction to reading fantasy via the works of George MacDonald. The book mark has writing in pencil on the back with a message from my grandmother wishing her sister (my great aunt Ethel) many happy returns of the day.

It may be difficult to believe these days when Game of Thrones is a major TV series popular on both sides of the Atlantic, but when I was a child there was virtually no fantasy fiction to be had for love nor money. Whether it was these books that gave me the taste for fantasy or whether I already had the taste for the genre and that was why I loved and kept these books, I don't know, but at school I mostly had to make do with myths and legends and books of fairy tales, until I discovered The Lord of the Rings in the late 60s and new fantasy writers like Alan Garner who started appearing around the same time.

From the 70s onwards, of course, the genre just grew and grew in popularity until now it's everywhere. Yet I know find it just as hard to find books I like as when I was young because so much of the modern stuff is just not to my taste, for example the "grimdark" stuff. 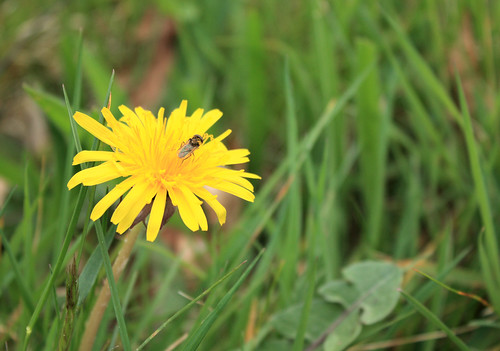 It's that time of year again when the cheerful yellow dandelions emerge. This one is complete with obligatory insect.

As you can see, I need to start cutting the grass again!
Collapse