Point reached on journey: We have left Harrowdale and reached the road from the ford of the Snowbourne. After a short halt and some food, 60 more riders arrive, making the Muster of Rohan complete: “6000 spears to Sunlending.” Théoden refuses to allow Merry to ride with the Rohirrim, but Éowyn takes him in secret.

We hadn't planned to walk today. We were intending to drive to the neighbouring town of Porthmadog to pick up G's watch which had been left for repair. Unfortunately, I had forgotten that the road across the Cob was closed today for a race. So we parked and walked along the cycle track that crosses the long embankment into the town.

The watch turned out to only need a new battery. This is something of a mystery because when it stopped last year, we had a new battery fitted, but the watch only ran for a couple of days before stopping again. We therefore assumed that there was something more serious wrong with it and G bought another, cheaper one, but after I'd mentioned that the jewellers where I'd had my engagement ring enlarged also mended watches, he asked me to take it in to see if there was any chance of getting it repaired. When the proprietor said he'd only changed the battery, we explained about it stopping shortly after last having a new battery, but he assured us that it had been working correctly for a week in his workshop, so fingers crossed, it's fine again now.

On arriving in the town, the lights and warning buzzer on the level crossing started up, so we waited to see the West Highland Railway steam train snake its way across the road. 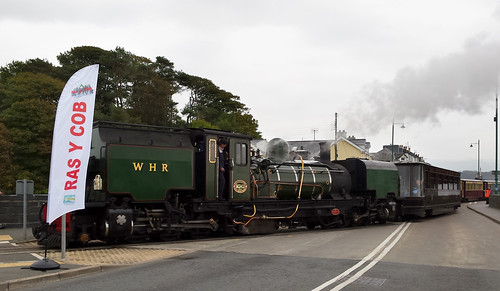 After collecting the watch, we set off back across the Cob. Sadly the weather was weirdly still, clammy and murky, so the beautiful view didn't look quite as beautiful as it should have done. Note this was taken mid-morning, not at twilight! 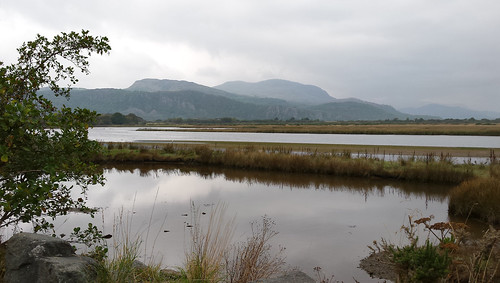 We were almost back at the car when another batch of runners set off to run across the Cob to the finish line on the High Street. ( Collapse )

And then we drove home, had lunch and I've been catching up with assorted tasks during the afternoon.
Collapse