This is the trip we were going to do last Tuesday but then decided not to, due to the weather.

For my non-British readers, the Llangollen railway is a preserved steam railway that has operated for many years. Unlike most of the preserved railways in Wales, it's a standard gauge with full size engines and the train we travelled on was just like the ones that I remember from when young. Initially, the railway ran from Llangollen to a tiny village called Carrog, but last year they extended the track to reach Corwen. At the moment the railway operates from a temporary platform in Corwen. Work is continuing to take the track right up to the main car park where they are building a new station. The old station is now the home of Ivor Wiliams trailers.

Here is the temporary booking office. As you can see, the weather was beautiful yesterday. 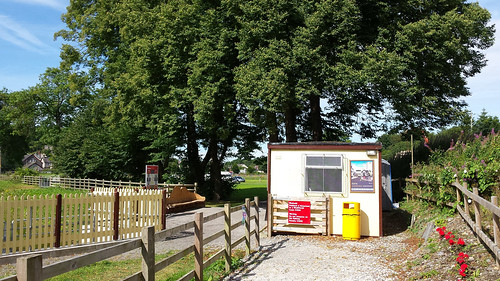 The end point was, as I said where the canal takes its water supply from the river at these lovely falls. 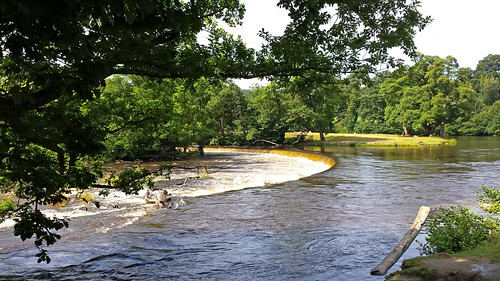 From here we retraced our steps and then hung about at the station for 20 minutes or so until it was time for our train back to Corwen.
Collapse