On Monday I completed the proofreading of G's numeracy book and we got the files uploaded to Lulu. With that project complete, it was time to turn our attention to the geology book. As a warm up, we went for a quick trip up to Nefyn on the Lleyn Peninsula to refresh G's memory of the location so he could start writing the first excursion.

I've been a few times before, but in the past we've always been meeting a group of people interested in geology so that G can show them interesting outcrops. We've also always taken a packed lunch. This time, as it was more or less a spur of the moment expedition, we planned to buy a sandwich when we got there. This entailed walking from our usual parking spot to the main street in search of a shop. En route, we spotted this old watchtower which I'd never seen before. 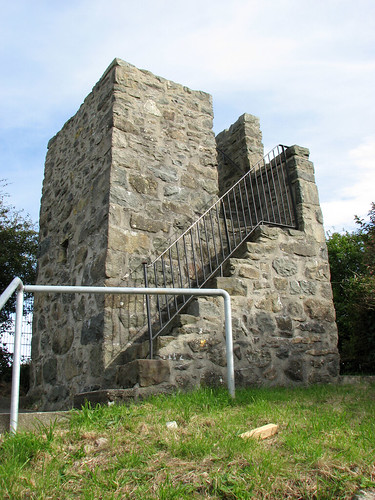 You do indeed get a very good view from the top. It was probably even better in the olden days before some of the trees grew too large to see all of the horizon. 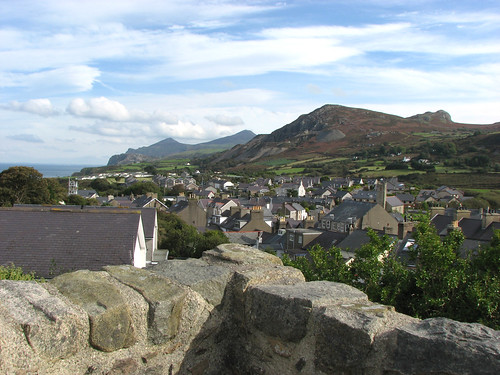 There was only one packet of sandwiches left in the small shop we found, so we had one sandwich each, plus we shared a large sausage roll. After consuming the makeshift picnic. we walked down to the shore, only to discover that the tide was in. As we couldn't do the usual walk right along the beach and round the headland, we drove along the coast a little way and parked by the golf course. Here's the view from the car park. 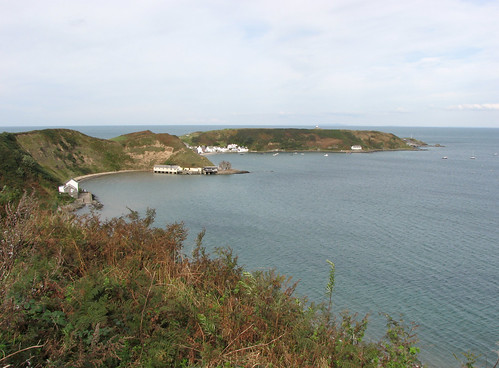 The signage was rather confusing, but it seemed to be OK for non-golfers to park there and there was no pay booth or ticket machine, so we ambled off down the narrow road leading down between the greens and bunkers to the tiny seaside hamlet of Porth Dinllaen. I was adamant that I hadn't ever visited this location before, but once we actually reached the beach, I realised that I had, it's just that when I've been there before, we've walked all along the beach rather than using the golf course access road.

This is the photo I'm counting for the weekly alphabet challenge. This week's theme was: N is for Near and Far. 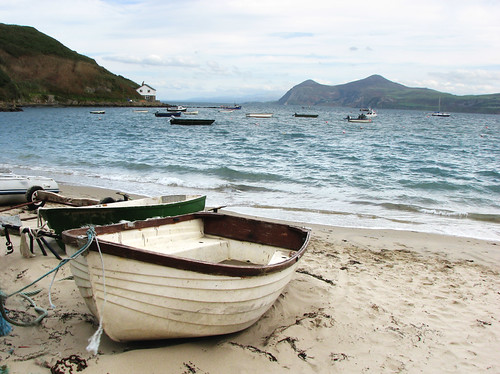 Here's another shot that also fits that theme, in this case it's rocks near and far. The rocks in the foreground are pillow lavas which, interestingly, were formed on the coast by lava oozing out of a volcano and then solidifying rapidly in a distinctive formation. New pillow lavas are being created in Hawaii at present, but these ones are very very old and you are perfectly safe from volcanic eruptions in Wales. :) 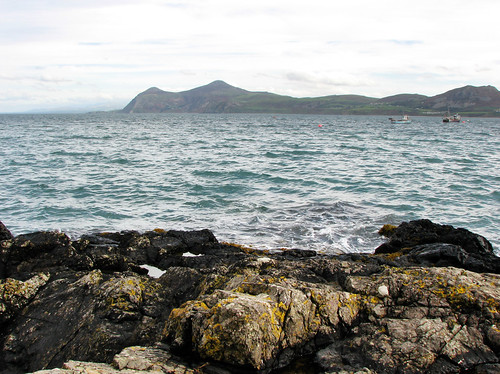