This week's theme was: F is for Fright

Celebs post photos of themselves on social media looking cutely dishevelled after getting out of bed.

I look a fright until I've had a cup of tea and combed my hair! 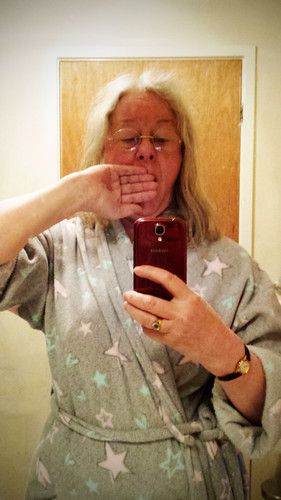 (This photo was inspired by Celeste Barber, an Australian comedian who tries to replicate the poses adopted by pop stars and minor celebrities, with hilarious results. Here's an example of her photos.)
Collapse