For my daughter's birthday, we had a posh afternoon tea in a hotel in the centre of Cardiff. It was great to just sit and chat over delicious food, so when G and I stayed overnight in Llangoed Hall on the way back from Abergavenny in February and I noticed that they also did posh afternoon teas, I suggested to A that it might be nice to meet there for tea round about my birthday.

Last Saturday I drove down to Builth Wells where I met daughter and 10-year-old granddaughter who had heard that cakes were going to be consumed and didn't want to be left out. We rendezvoused in the car park and had a brief walk around the tiny town of Builth before heading to Llangoed Hall. The hall has a somewhat chequered history, though the story about it being won by John Macnamara through gambling or in a card game is, googling suggests, apocryphal.

The current building was designed by Sir Clough Williams Ellis (10 years before he embarked on Portmeirion) and, after becoming very run down in the 1970s, was purchased and given a makeover by Sir Bernard Ashley (husband of Laura Ashley) with the intention of recreating Llangoed Hall as an Edwardian house, replete with high-society Edwardian customs, period furnishings and antique fittings. The Picture Gallery includes works of art by Whistler, Augustus John, Walter Sickert and other Edwardians. Staying at the hotel feels more like being a guest in a very grand home than the normal institutional feel of a hotel.

The hall from the back. 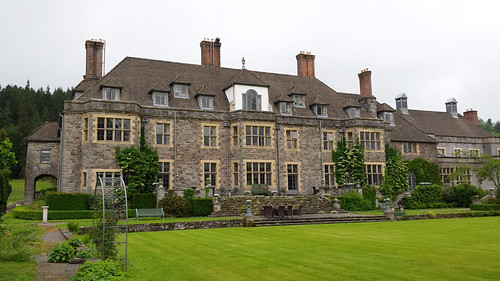 The tea was excellent (apart from the passion fruit and chocolate macaroon, which was rather weird and not, in my view, a successful combination). Granddaughter traded her sandwiches for some of A’s cakes, but she enjoyed herself and was very well behaved. 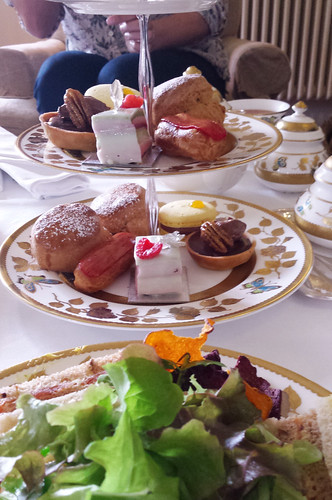 After the tea, we explored the grounds. They have their own chickens and ducks to provide eggs, and bees, and a kitchen garden and orchard. Also there was a maze! 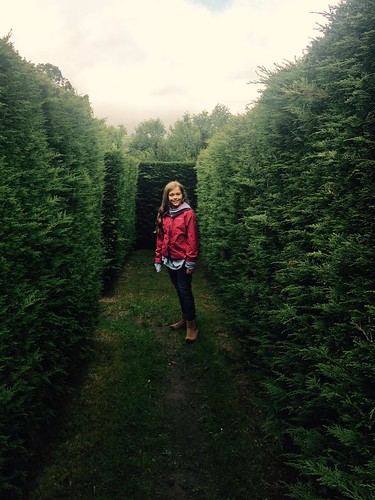 I think we might just have to make this a family tradition. :)
Collapse