It always seems to take several days to get back into my normal routine after going away and this time was no different. We don't normally go away in January, but G had received an email from the apartments where we've stayed a few times offering a half price special offer during January and February. As the weather is usually slightly better in London than here in North Wales, we decided to go for it.

When I tell local friends and acquaintances that we've been away to London, they ask things like, "Did you see any shows?" "Did you visit any galleries or exhibitions?" The answer is: No, we spent most of the time walking round obscure bits of the city.

Actually, if G is going to a conference, I do often visit a gallery or exhibition on the day(s) he's doing his thing, but when we're together, we walk.

Day 1: we walked along a disused railway line from Finsbury Park to Alexandra Palace. The railway line is now a very long thin nature reserve.

Layers of transport routes. The view is taken from what was originally a railway, now a walking trail. Below is a road and below that another railway.

The view from the furthest point on the walk. 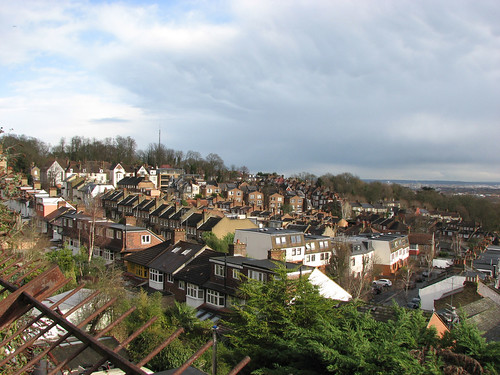 The mast is the Alexandra Palace transmitter. The trail did go a little further, but this was where we turned back and retraced our steps as far as the main road where we caught a very noisy, badly vibrating bus back to London Bridge station which, after what seems like years of work, is almost completely finished and quite impressive. On emerging from the station, we discovered that we were at the base of The Shard! 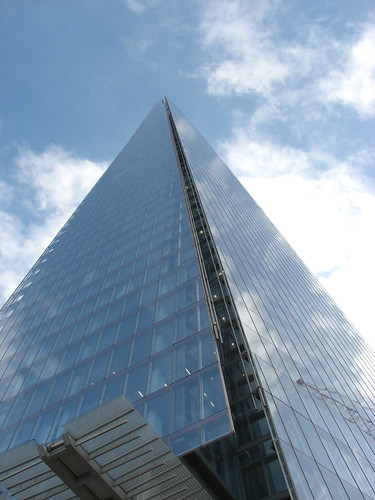 By this time we were hungry so we had a burger and chunky fries in the Gourmet Burger restaurant in Clink Street before heading back to the apartment.
Collapse