We went out looking for rocks again today near Trawsfynydd. Unfortunately the weather was weirdly grey and overcast, but the forest was lovely -- if humid -- and the boggy mountain side was not as boggy as the one that nearly defeated us some weeks ago.

Here's the track leading up through the forest. 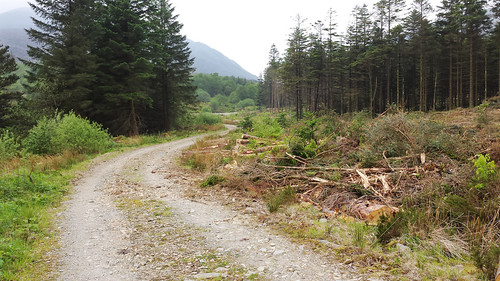 They're doing a lot of tree felling at the moment. 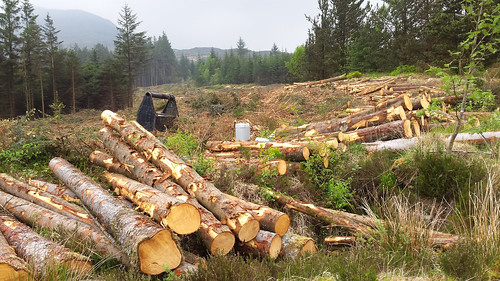 The rocks were not terribly exciting (gritstone with some nice current bedding), but it was good to confirm that they were where they were supposed to be and I took pictures for G's book.

I'm pretty sure this is a little mule. It has a floppy mane and its tail is hairier than a donkey's tail should be. It was in the same field as a pretty little brown and white donkey. It's mother? Possibly? There are semi-wild Welsh ponies on the mountain land nearby, so there could have been an unofficial liaison? 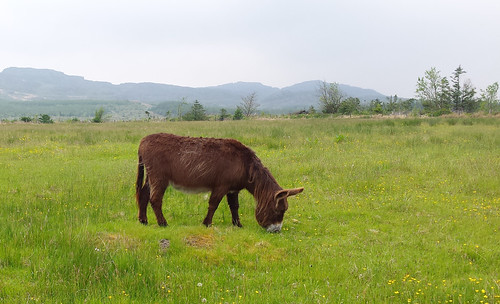