Here's a selection of the photos I took on the march last Saturday. It's not altogether easy taking photos with one hand whilst wrangling a flag with the other, but I'm getting better at it. They're just phone photos but other than the lack of zoom, the phone is at least as good as the Canon PowerShot and I wouldn't want to take the DSLR on a protest march.

Here we are all waiting to start. 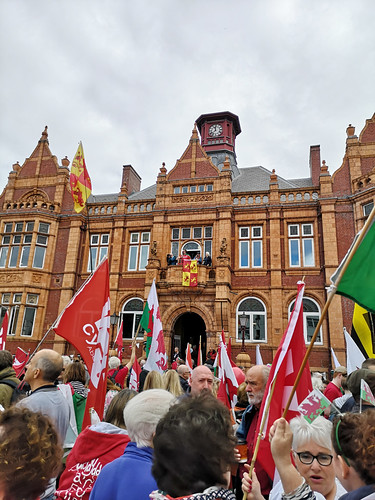 And here's a Mari Lwyd (Grey Mare) out protesting too! The Mari Lwyd is normally only seen around Christmas time and New Year, but she's obviously keep to join the independence campaign. Traditionally, the Mari Lwyd is made from a genuine horse skull, but this one is artificial. 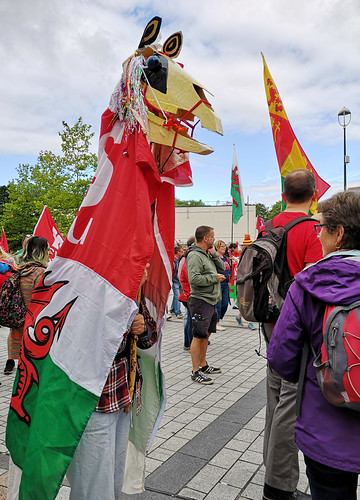