We seem to have turned into the sort of people who go on political protest marches. I hadn't been on a protest in my life before 2016 and the Brexit vote. But now we're off at the drop of a hat to relevant protests that are not too far away. This one was on 31st August but I've only just got around to posting about it.

After Boris Johnson closed down parliament by proroguing it for 5 weeks at an absolutely crucial moment, something that hasn't happened in recent historical times, the country erupted in spontaneous demonstrations. We had initially thought of going to Liverpool to protest, making a day out of it by going somewhere further afield, but the weather forecast didn't look good so we changed our minds and went to the nearest protest in Aberystwyth instead.

It turned out to be a good decision. There were 2,500 of us who met at the far end of the promenade and heard a couple of speakers before marching all the way along the prom to the castle where several more people, from both the Labour Party and Plaid Cymru, also spoke. There were some good placards. I especially like the Death of Democracy one with string hair. 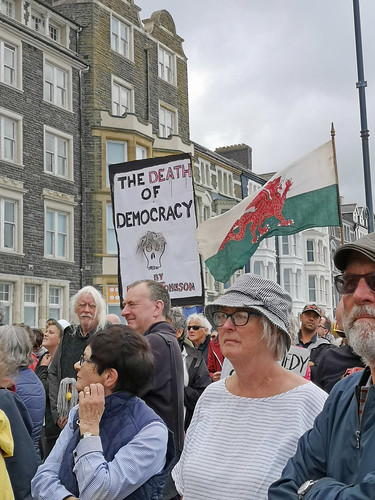 It was very inspirational, but Johnson needs to watch out because it was more like an independence rally than an anti-Brexit one, as you can see from all the Yes Cymru flags and Owain Glyndŵr banners. The mood was definitely for an independent Wales as part of the EU. 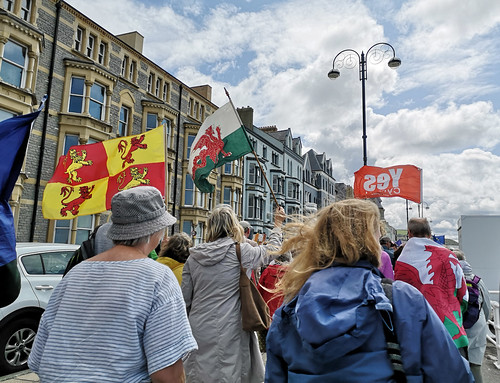 The march and rally was organised with lightning speed in response to PM Johnson proroguing parliament to prevent our MPs sitting. It's obvious that a lot of people feel this is not acceptable. The feeling of camaraderie was inspiring. 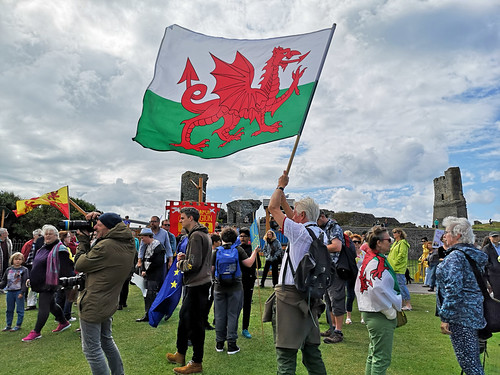