More about yesterday's expedition to Llanberis. The drive took about 1.5 hours, probably a little under but I always allow a bit of leeway, which is just as well because the people two doors down had parked a white van in our car parking area, blocking our car in. Anyway, we arrived at the Slate Museum on the dot at 10.30 a.m. and found our friends S and C who had been there for a few minutes. There was an "Aaargh!" moment when they revealed they were Brexit supporters. How can this be? They're Scottish SNP members! But of course though Scotland voted "overwhelmingly" for Remain (Brexiters are very fond of that word, so I thought I'd reclaim it and 60/40 is more "overwhelming" than 52/48) it wasn't 100%

We managed to have a good day despite that, but I realised that they seemed very old-fashioned in their views. This is odd because S is the same age and C a little younger than us. But whereas I have embraced the virtual life online, they extolled face-to-face local contact -- but of course I do that as well. I love being able to pay bills online or wave a contactless card to pay for things. They like cash and cheques.

They voted Brexit because they'd fallen for the "Ruled by Brussels, want to make our own laws and get rid of all this stupid red tape." We mostly avoided Brexit after the initial horror of discovery, but I did try to gently get a few points across, especially the one about governments blaming the EU for things they themselves have done.

Anyway, I really enjoyed driving the new Skoda Yeti and felt much less tired today than I would have done in the old vehicle. I hadn't realised how wearisome driving had become, but I feel much more inspired to go places now I have a car that's fun to drive again. And here are a few photos. 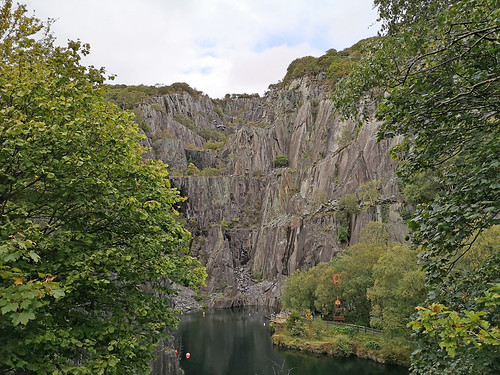 As you can see, the weather wasn't very good. 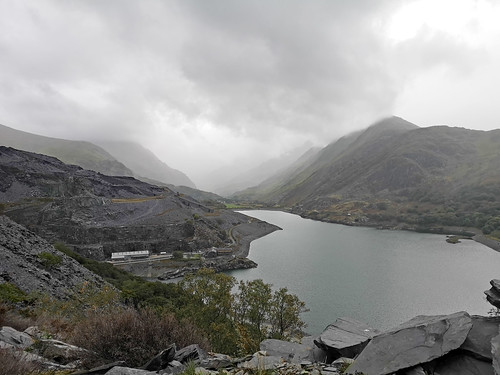 If you climb up one of the inclines above the slate museum, you first pass a winding drum and, after the second incline, you reach the remains of the barracks where the quarry men lived. 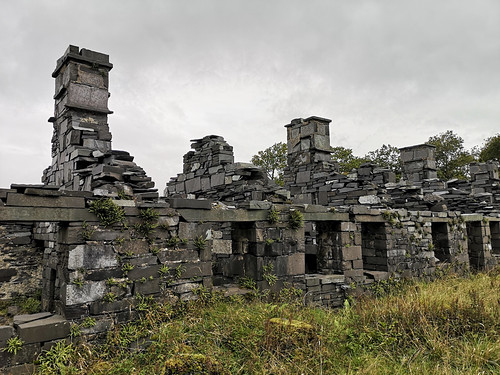 Blondins were a type of aerial ropeway employed in open pits in the slate quarries in Wales to transport wagons loads of rock between locations. They were named after the famous tightrope walker Charles Blondin. 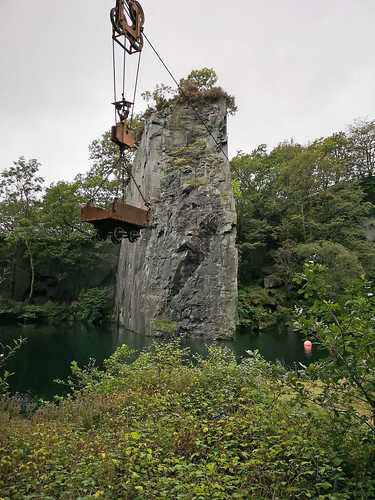