I normally use Dove soap which is non-scented, but after the recent spell of panic buying there was none in the supermarket. For a while there was no soap at all, but things that were sold out are starting to creep back and I saw they had Imperial Leather, so I bought that instead.

This was a favourite brand of my family when I was young and the scent was so nostalgic. 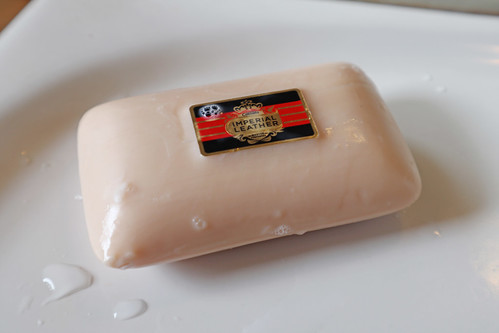 This morning I spent some time in the kitchen. I took the laptop downstairs and checked email, Facebook etc in between batches of washing up. It's finally dawned on me that I can stay in the kitchen after having breakfast, instead of rushing upstairs to my study. Right up until last year, G would chase me out because he needed the kitchen table for marking students work or, more recently, second marking exam papers. But now he just goes into his room and works on the computer, writing his book.

Today's soup was pea, bacon and vegetable. It wasn't quite the pea soup recipe from Mrs Beeton because I didn't have the exact vegetables and I also used a tin of mushy peas instead of dried peas, but it worked OK and made a change. I will make this again.

The weather has suddenly turned colder and it's been raining all day. Everything is incredibly green and the grass will no doubt spring up to knee height.

These little wild strawberries pop up round our front door and round the base of the conservatory at the back. 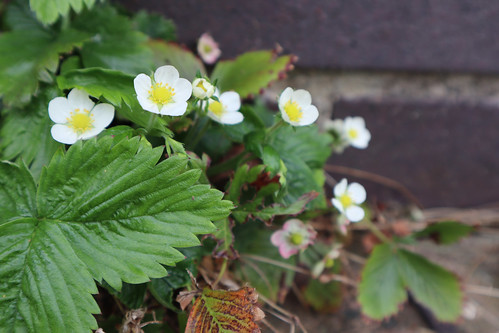 Did you play that game as a child where you blew on a dandelion clock and counted how many puffs it took to blow away all the seeds? 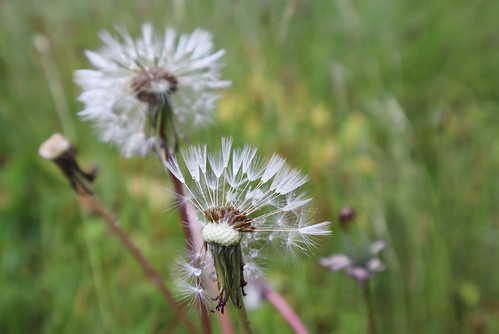