This week's theme was: Y is for Yarn

I thought about the other meaning of "yarn", that is a story, often a tall tale, but in the end settled on this ball of sock yarn that is in my stash. I bought it a couple of years ago now with the intentions of learning how to knit socks, but still haven't managed to get round to it. 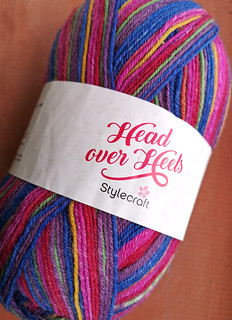 This week's theme was: Z is for Zoom

In an effort to feel more positive and get out of the rut I mentioned in an earlier post, I went for a bike ride yesterday. I managed nine and a half miles in total (there and back) along the old railway which is now a cycling and walking trail. Though I went quite a bit further than last time, my legs were less jelly-like afterwards, so my cycling muscles much be getting stronger. I hope that after a couple more rides I'll be able to make it all the way to the coast, but at least I went far enough to smell the sea. So fresh! No pollen!

I made it to this picnic table. It's set on a tiny promontory that gives a great view down the estuary to the railway bridge at Barmouth and the large house known as Clock Lodge. I don't know whether that's its proper name, but it has a clock tower. It's the sort of house that would never get planning permission these days, but the Victorians didn't bother with that sort of thing.

Here's the picnic site, just to the side of the trail. 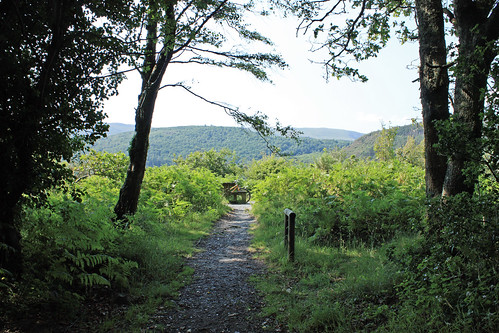 It's a popular picnic spot, so I always feel lucky if I find it unoccupied. 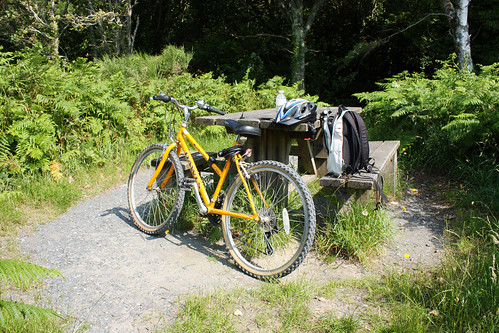 And here is the view from that point. I hardly ever use my zoom lens. It's not a particularly good lens. It just came with the camera and I have taken many bad photos with it because without a tripod, you end up with camera shake unless it's very very bright and you can use a very high shutter speed. But after watching Tom Heaton, Simon Baxter and the youngster Henry Turner diligently setting up their tripods when taking landscape shots, I have learned my lesson and so yesterday's photographs were more successful.

On the left, the view without zoom. On the right the same view zoomed in about as far as the lens will go. 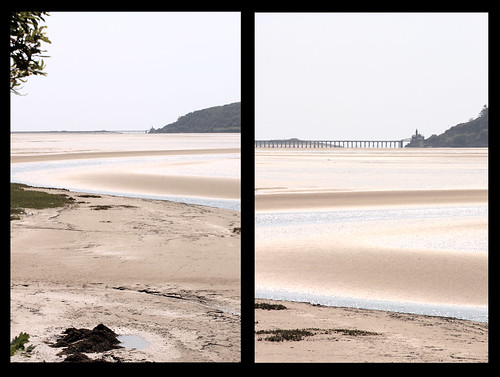