Apparently Boris Johnson wants to build a tunnel between Scotland and Northern Ireland. It seems that dealing with covid and Brexit and HS2 (High Speed rail link) isn't enough for him. He wants another mega-project to work on.

Leaving aside the engineering problems of building it[*], it would be a security nightmare. It would be easy to close with a bomb threat or an incendiary device hidden in a car (I'm assuming this would be a rail tunnel like the Channel Tunnel). It wouldn't even take much planning to place explosives on the outside of the tunnel, because they're presumably thinking of a tube lying on the sea bed, not a tunnel bored through the (very hard) rock. You wouldn't even have to breach the tunnel. Rail lines are regularly closed because a lorry ignores a height limit sign and hits a rail bridge. Checks need to be carried out to ensure the safely of the structure before normal running can resume.

So why is Johnson even talking about this? Here's why, he's actually speaking to the older Brexit-voting British Nationalists in the hope of getting their support for a project whose real purpose is to siphon billions of pounds of public money into the bank accounts of Johnson's Tory supporting cronies. It's a bigger version of the Garden Bridge project which cost £43 million for feasibility studies and plans and never ended up being built. 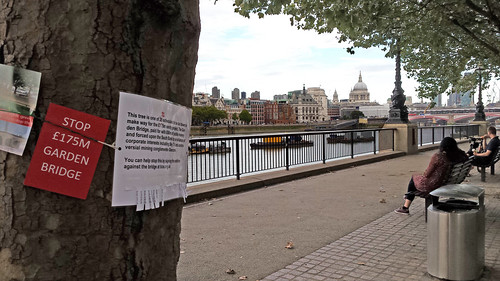 [*] Very deep water, very hard rock, a deep trench where thousands of tons of explosives plus radioactive waste have been dumped, and occasional earthquakes.
Collapse