I feel tired. Yesterday morning G and I went for a walk. (I'll do a separate post about that.) Then in the afternoon, I decided to post the photos of the items I wanted to offer to the Freecycle group. The old electronic keyboard and small tent that had been sitting taking up space in the the big cupboard were requested within minutes of being posted and were collected a few hours later. Result!

So I now have 3 ways of getting rid of stuff as I continue with the never-ending decluttering project: council recycling centre, charity shop and Facebook Freecycle group. This means that any stuff we no longer want can be disposed of responsibly or rehomed to someone who can use it.

And yes, I know that just communicating with a couple of strangers via Messenger and waiting for someone to turn up to collect the things shouldn't be tiring, but I do find it mildly stressful because I haven't done it for years since the original Freecycle shut down when Yahoo discontinued its groups.

Then this morning was the Big Weekly Shop. People have been posting photos of empty shelves on social media. This is nothing to do with the "pingdemic" and everything to do with Brexit. Brexiteers are denying any shortages of fresh produce, but the perfect storm of Brexit problems plus the start of the school holidays and the influx of tourists has ravaged our local Co-op. I did manage to get everything I needed, but not quite everything I wanted. There were absolutely no crisps and I got the last bag of rather sad looking mixed salad leaves. There was fruit and tomatoes and meat as long as you didn't want burgers. But there were lots of gaps and I had to virtually crawl on the floor to reach one of the last 4 pint bottles of semi-skimmed milk which were tucked away right at the back of the bottom shelf of the rack.

However, we won't starve, though I'm starting to shop in what a friend calls "Soviet Mode". She worked in Russia back in the Soviet era and she explained that you just go shopping to see what's there, then work out what you can make with it afterwards.

Anyway, I've not done much today, other than the shopping. I have put the makings of a loaf into the bread machine, but I should stop reading Twitter and find something useful but not too difficult to do.

These photos were actually taken last Thursday, but it was far worse today.

I want to film a video at a nearby seaside place, but the tide wasn't cooperating so instead G took me on a walk through a wood I hadn't visited before. We drove to the well known George III hotel, parked in the free car park and crossed the toll bridge (30p per person on foot) to the other side of the estuary. 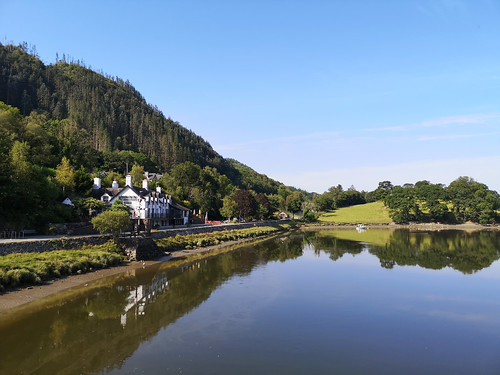 Next we climbed a short way up the narrow and steep lane before turning right onto a footpath. More climbing and then we reached a more level bit. 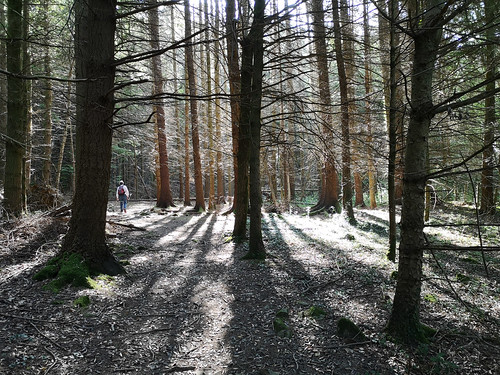