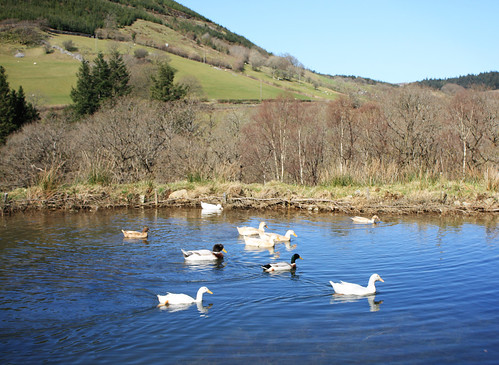 Swimming ducks, a photo by Helen in Wales on Flickr.

This week's theme was: Motion

OK, perhaps there's not much motion, but the ducks are moving, see the v's in the water? :)

It's more like June than April here at the moment (though some rain is forecast for tomorrow) and apparently it's already the warmest April on record.

The ducks were on our friend's duck pond. This is the same friend who has the two collies that appear in my photos occasionally and who also has the donkeys. See next post. It's almost a mini-lake and they have just acquired a small dinghy for rowing on it.