The ghost of the present haunts the past 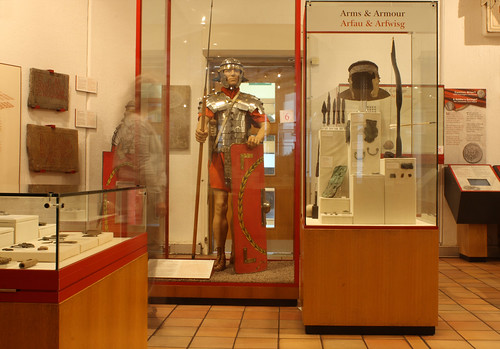 The ghost of the present haunts the past, a photo by Helen in Wales on Flickr.

This is taken in the Roman museum in Caerleon. I used a long exposure to cope with the low light levels. (6 seconds at f22). I used the timer which allowed me to walk into the picture and stand for a few seconds by the display case.

As I couldn't use a tripod, I had to do the best I could with resting the camera on one of the display cases.

My original idea was to take the photo with people in it, hoping that they would look ghost like, but the school party flooded straight through and out into the Roman Garden, so I had to put myself in the shot.