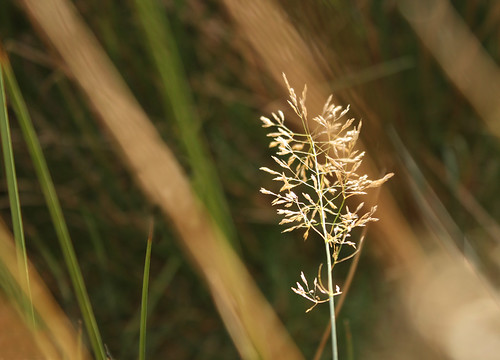 Grass, a photo by Helen in Wales on Flickr.

I'm in two photo-a-week groups and I find that usually one photo turns out much better than the other. Fortunately, the groups seem to take turns to get the best picture!

Anyway, this is by way of an explanation as to why this is a bit feeble. Being half term, my husband was around the house all week, so I didn't get chance to set up something special. Fortunately, I grabbed a few quick desperation shots of grass seed heads while I was out on a walk earlier in the week. I had hoped to manage something better later in the week, but it was not to be.