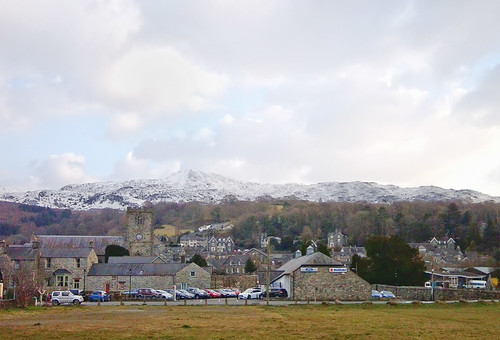 A cold evening, a photo by Helen in Wales on Flickr.

I know we've been moaning about the weather in the UK, but it's not normally this cold at the end of March, certainly not in such a sustained way. Our weather is known for its variability and it's currently got stuck!

Anyway, I've decided to drop out of the 52 in 2013 group because the last few weeks the challenge has seemed more of a chore than an inspiration. Having a bad back since last Saturday hasn't helped, but I've decided that this year I want to photograph things of interest and relevance to me rather than to fit a set theme. I've really enjoyed the last two years and the themes helped me go out and look for something a bit different, but for some reason it's not working for me this year, so rather than do it half-heartedly, I'll drop out and just do my own thing.

Anyway, this was snapped with my phone on the way back from a walk into town the other evening. It was partly a reconnaisance trip for a little project.