I've already posted about our walk up and down the river valley, but here are some photos to give you an idea of the scenery. They're only quick phone shots, but I never bother with my big camera on holiday because a) it's heavy and b) G gets impatient if I start faffing around taking proper photos.

First here's the map of where we went. 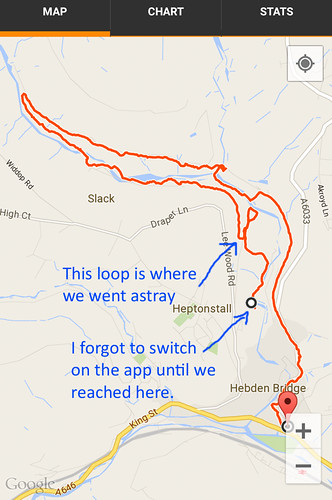 I forgot to start the MyTracks app until we'd already gone a little way. You can also see where we went astray and had to back track. At least MyTracks still seems to work, despite Google terminating the app at the end of April. I'm keeping my fingers crossed that the basic functions will continue to work and that it's just the recording stats online and sharing that have been shut down. As I've never used those, it's not going to bother me. 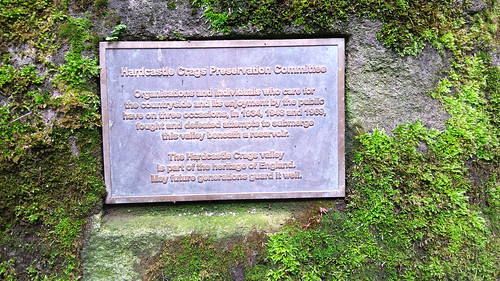 It seems that local people are very keen to protect their natural surroundings. The sign reads:

Organisations and individuals who care for
the countryside and its enjoyment by the public
have on three occasions, in 1934, 1948 and 1969,
fought and defeated attempts to submerge
this valley beneath a reservoir.

The Hardcastle Crags valley
is part of the heritage of England.
May future generations guard it well. 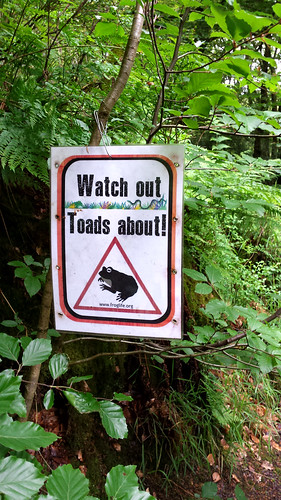 Though we took note of the sign and kept an eye out for toads, we didn't see any. 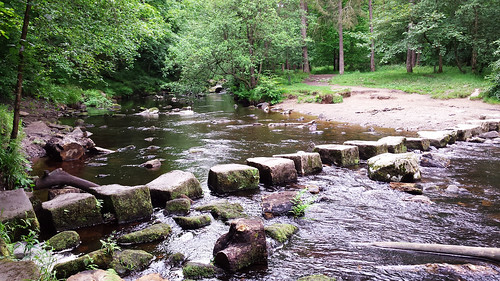 There were stepping stones across the river in many places. It seems this was the usual way to enable local workers to cross the river to get to the mills in the valley.
Subscribe