Because I had to critique a bunch of stories from my fiction writing students, I couldn't go out taking photos today, but I just couldn't ignore this little chap who came onto the conservatory roof. 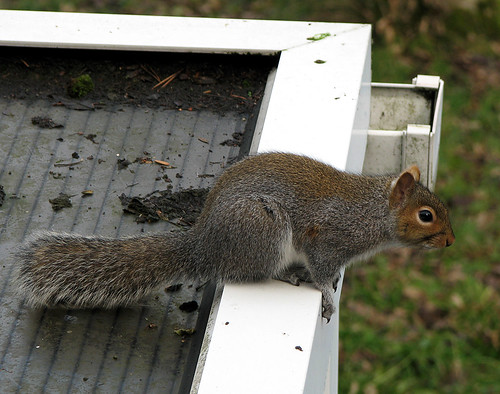 His boldness probably explains yesterday's mystery, to whit: why was the bird feeder no longer on its hook outside my study window and instead was lying on the conservatory roof below? I had assumed that either a) the birds had been particularly quarrelsome and dislodged it or b) being empty and therefore light it had blown off during the high winds the other night. Now I suspect that a squirrel was somehow involved. :) ( Collapse )

When I last saw him, he was climbing over the neighbours trellis trying to get at their bird feeders.
Collapse